The 70th Anniversary staging of the All Ireland Sailing Championship (AISC) has seen the famed silver salver depart for a historic and a long journey in Baltimore to its new home, as the winner is Baltimore SC’s Fionn Lyden. 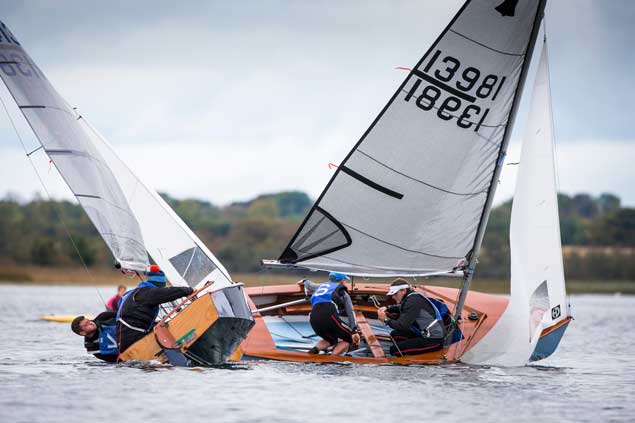 He was crewed to the win; he raced in the GP 14s by Liam Manning.

Though Lyden as of now is best known as the Under 23 Bronze Medalist 2017 in the Olympic Finn. At that time he was racing as the nominee of the Irish Team Racing Association (ITRA) at Mullingar, for it was through racing team of inter-University that his name got registered as a sailor to watch nationally.

He, along with Liam Manning had their work cut out opposite against a difficult field in the final, they competed against the defending champion Alex Barry of Monkstown Bay and Shane McCarthy the GP14 World and RS400 class Champion of Greystones, and both were in their top form.

However, during the race, Lyden kept control on his temperament and remained focused and finished the series with 16 points.

The series concluded with a finale that saw Lyden raced in the championship to the finishing-line along with Shane McCarthy GP14 World Champion from Greystones who was not given the victory in the series by the tie-break.

The crew of Lyden was with the fellow Liam Manning the West Cork sailor from Schull. The pair represented the Irish Team Racing Association (ITRA) recently and they were the Wild Card entries in the championship, which celebrated its 70th anniversary.