The French Pogo 1250 of Maurice Benzaquen – Aloha crossed the end-line of the 2015 RORC Transatlantic Race at twenty-two hours twenty-three minutes and seven seconds UTC on Sunday 13th December, 2015, to take the 2nd spot overall in IRC. After well over fifteen days at sea, the crew of 4 Bretons were only over 2 hours outside the overall lead following IRC time correction.

The Finot Conq 100 of Jean-Paul Riviere, Nomad IV will be given to the RORC Transatlantic Race Trophy. Maurice has sailed with the French sailor, Eric Tabarly as well as his 3 crew – Gwen Kerisit, David Alexandre and Philippe Foucher have all been captains for Tabarly. The 4-men have hundreds of thousands of sea race experience. However, they have never collaborated for an Atlantic crossing. 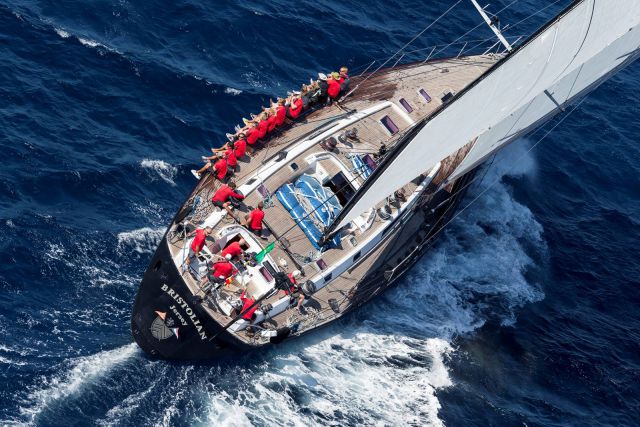 Maurice added to the Yacht Rental Greece website that he has known these people for a very long time and his dream was to sail with them for a trans-Atlantic and it has been more than a dream to do this. He added that they very experienced and skilled, so it has been a real pleasure for him.

At the beginning of the race, they could see that they could compete with the bigger boats on IRC, but after 4 days we ran out of wind and they thought that was the end. Still, after that they realized that it was very much possible and they were pushing very hard. They were all good friends before the race and even more so now.